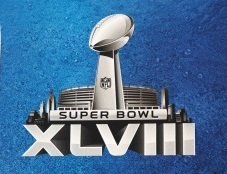 Living 2.5 miles from Metlife stadium located in East Rutherford, NJ, I found it odd watching the Super Bowl to see all of the New York location wannabe references to an actual New Jersey-based event. It seems the NFL put a lot of effort into making the Super Bowl seem like it was in NY and not in NJ, where it was actually help.It got me thinking. Things just do not go smoothly when we are pretending to be something we are not, no matter what the context. In the same weekend, I had two events happen:(a) Watched the NJ-based MetLife Stadium be paraded in the media as a NY-based Super Bowl(b) Was interviewed by a major HR media personality on how job seekers should handle recent, short-term jobs that ended poorly on their resume and during an interview.When seemingly small lies are told to make things look better, it is hard to keep track of the fibs. Telling these lies cause stress, create stories to maintain and always leave a trail of underlying truth that can resurface when you least expect it. I saw it throughout the Super Bowl pre-game and during-game events and it parlays into my answers to the HR media personality as to how to handle jobs that did not go your way on an interview and a resume.What common interviewing tactics can be learned from the Super Bowl (aka The Great Pretender)?1. Interviews are less stressful when you are telling the truth. Interviews are stressful enough. Don’t make it worse by telling untruths. Never be something you are not. NJ is not NY. And NY is not NJ. I love both and tell you one is not better than the other, they are just different.  Throughout the evening, commercials were referencing NY locales and it was weird and awkward for those of us who knew the difference.WHAT THIS MEANS FOR YOUR INTERVIEW: Along the same lines, embrace your current story and don't pretend that every job experience you have had is perfect. Interviewers know that every applicant has their professional conflicts. An interviewers knows that if you do not have any difficulties expressed on the interview, it just means you haven't discussed them yet—it does not mean you do not have them. Better to be prepared to neutrally talk about your professional drawbacks in appropriate detail than hope interviewers don't ask or gloss over the truth when they do. 2. The truth is easier to keep track of when you have multiple opportunities to discuss the same topic. Officials were doing interviews, public relations events and pre-game activities where NJ was mentioned in one interview and NY was referenced in another PR event launch. The NFL poured resources in to NY, about 8-10 miles away, yet with no signage around the immediate surrounding NJ stadium highways, attendees could have driven past the stadium not realizing an event was there. It was confusing for all parties.HOW DOES THIS APPLY TO YOUR INTERVIEW: When on an interview, if you are telling the truth in a diplomatic manner about the job that went south quickly or the boss that was a tyrant, you project a humanistic image of someone who learns from positive and negative experiences. Companies want to hire resilient, problem-solving humans, not pseudo-perfectionists that hide their stories and poor resolutions. 3. Once you land the job, you don't want to have to maintain the lie. During the Super Bowl announcers were mentioning NY, Jerry Seinfield and George Costanza were driving in a NYC cab (would have been a $125 cab ride to the stadium--not real close!) and pre-game activity resources were put in Times Square NYC--all locales at least 10 miles from MetLife Stadium in East Rutherford. I believe when officials were planning the events doing things in NY sounded like a great idea, but the logistics were never really thought through.HOW DOES THIS APPLY TO YOUR INTERVIEW: Just as telling a fib about your reason for leaving your last job seems innocuous, most people don't think it through as to what comes next if the fib is believed.  References to NJ were peppered throughout, as well, confusing attendees and leaving out-of-towners wondering where the game really was. These game logistics were not given much thought in practice. 4. There is always someone who will know the truth and you never know when it will resurface. Just as we New Jerseyans watched the Super Bowl catching each false location reference to NY (did some drink each time it was mentioned? ...ok, I digress), job seekers who hide small job stints run the risk of running into co-workers from those jobs at professional venues.HOW DOES THIS APPLY TO YOUR INTERVIEW: When you omit short-term jobs or lie about reasons for leaving past positions to cover up the short term gigs, you run the risk of connecting with a former co-worker from the ill-fated position on LinkedIn where someone else who sees the common link asks, "How do you know each other?" You might find yourself scrambling to come up with the plausible story that you will have to maintain now down the line.The cliché is "the truth will set you free". Well, just as I believe huge opportunity was lost by NJ and NY by pretending the Bowl was somewhere it wasn't, you as the job seeker should not lose the opportunity to find the employer who would have accepted you just as you are because you were pretending to be someone you weren't on the interview.  If you are interested in working with Lisa Rangel, an accomplished executive resume and LinkedIn Profile writer, LinkedIn Job Seeker Group Moderator and job search consultant, to achieve the social media exposure and land the interviews you want, sign up for an exploratory call now and learn about how Chameleon Resumes can help.