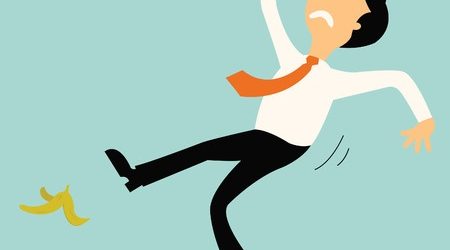 Conferences are a great way to make connections and find work. They are also wonderful for getting press, talent attraction and making a name for yourself.Unfortunately many executives flub at conferences leaving them with few viable job prospects and a bunch of business cards. Below you’ll find some of the top offenses so you can make the most out of your next conference.

Giving keynotes at conferences help put you on the map and expand your network. As a speaker at a conference you’ll have people coming to you rather than having to go out of your way to make connections.The only problem is that many executives bomb their speeches. The eyes of the attendees glaze over, people start checking their phones and you’ve just let potential connections know that you may not make a good leader if you can’t even make it through a speech.Perhaps the biggest mistake execs make when giving speeches is not knowing their audience. This can lead to a lot of corporate talk that most people can’t really relate to. Make sure to do your research to see what kind of crowd you’ll be talking to and tailor your speech from there.

Pitching off the bat.

Now more than ever people are craving personal relationships from the individuals they do business with. That being said, there’s nothing more annoying than pitching yourself off the bat as soon as you meet someone.Get to know the people in the conference on a human level first, then worry about pitching yourself. This makes it a lot easier for people to relate to you and opens plenty of doors for job opportunities.

Having referrals to back you up is one thing, blatant name dropping is another. Referrals come up naturally in conversation whereas name dropping sounds rehearsed and arrogant.If you want to impress people let the connections happen naturally. Don’t force the conversation by interjecting the names of important people in an effort to make yourself look good.

Conferences are meant for networking and learning new skills. As such it’s not a good time to be too uptight. Loosen your collar a little bit and enjoy the event. It doesn’t all have to be serious work and you can have a good time while still making the connections you need.Besides, this goes back to being personable. People hire people they like. Period.

Being out of touch with other attendees.

We recently mentioned how executive arrogance can get in the way of being hired. One way in which this shows itself is when executives are completely out of touch with the people around them.It’s important to note that conferences aren’t just for executives. In fact, people from all parts of the career ladder attend industry conferences. As such it’s important to remain down to earth and remember your days of climbing the career ladder.In the end, despite what someone’s job title may be on their badge you never really know how much influence they have in the hiring process.