How Getting Honest Gets You Hired 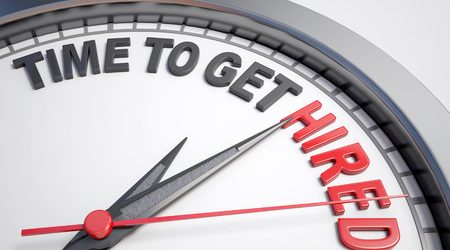 We were recently conducting a LinkedIn lead generation coaching session with a client.

Fired almost 12 months ago, Steve was let go unexpectedly under stressful circumstances from his 10 year senior strategy role at a top pharmaceutical employer.

He hasn't worked since then.

What led to those circumstances was partially his fault and partially the employer's fault.

Steve felt really stupid about a mistake he made at work on a project his boss mandated him to do, but he felt ill-equipped to take on. He then lied about the mistake. He was fearful of losing his job if his boss found out about it.

Well, his boss found out about Steve's mistake, and the hiding of the mistake was what got him fired. Not the mistake itself.

But Steve was blaming his boss at work. Because his boss was so unapproachable and unrelenting in his pursuit for unattainable perfection (in a project he felt ill-equipped to do, no less), he felt he had to lie when he made an error.

Right, wrong or indifferent, Steve had to come to the realization that he had a part in him getting fired.

He needed to get past his resentment to stop this septic sentiment seeping through and tanking his interviews.

It took him a few months to realize his part. If you talked to him in Month #4 of his unemployment, as diplomatically as he tried to speak of the experience, you could still see he was blaming 100% of the situation on the employer.

Potential employers wanted no part of it as evidenced by the fact he received no second interviews for almost 6 months.

Why? There are two sides to every story and somewhere in the middle is the truth. And unless you demonstrate your ability to show both sides and diplomatically own your part, then a potential employer will always wonder if you will be a blamey employee on their payroll.

So they pass on you. Even if you are awesome.

No one wants to hire the angry, blamey employee.

Through our diagnostic questioning and painstakingly detailed analysis, we were able to help Steve dig up deep seeded resentment obstacles that were preventing him from moving forward in interviews.

He now knows the truth of the age old saying my mom always tells me:

He now sees his fault in why he was fired. He now owns his part.

This realization happened about 3 months ago.

And his interview answers miraculously have a softer, more human edge to them.

If you are getting interviews but unsure why you are not moving on to the second interview, hire us to get super deep on what's holding you back and unroot it so you can start landing offers.

Our Ultimate Job Search Audit will:

Unlock the bumbling behavior mystery with our Ultimate Job Search Audit and have us decode the answer for you today:

Get honest and get hired.

Let us help you.