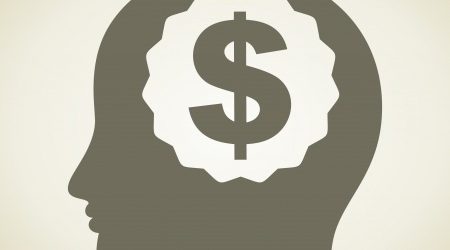 Chances are that you already know that psychology goes a long way in sales. You may have also heard how psychology helps when you’re networking. But did you know that you can also use psychology to better your chances of getting a raise?

A quick note here, knowing about psychology is not about manipulating the other person into get what you want. It’s about knowing how the mind works so that you can ease situations that can cause a lot of anxiety while getting others to collaborate with you.

Use these 3 psychological hacks to give yourself an upper hand when asking for a raise.

Using their own words to describe their problem.

In sales and marketing you’re taught to use a prospective client’s own words to remind them of why the need your product or service. You can use the same concept when asking for a raise.

For example, perhaps you know the company is looking to open up a new office overseas and have run into some issues like struggling to find employees. Perhaps your boss has even mentioned it during meetings.

When asking for a raise you can bring up the issue and then explain how you can fix the problem. The key here is to use their own words. So if your boss has mentioned, “Wow we’re really having a hard time finding qualified people to open up our new office in China” then you would use the exact wording when you bring it up.

The reason it’s so effective to use their own words is because it will create familiarity between the two people. The detail also triggers much more emotion than saying something general like “The company is having recruitment issues.”

Then you can provide examples of how you’ve already handled issues like this and can continue to do so, therefore making you a valuable asset to the company and worthy of a raise.

In addition to using your boss’ own words, you can also mirror their body language.

The concept of mirroring is pretty simple: when asking for a raise use body language that is similar to the other person’s.

This creates a sense of familiarity, trust, and comfort because when someone behaves like us we tend to automatically assume that they are actually like us.

In other words, if you’re asking your boss for a raise while mirroring their body language, they will see themselves in you therefore making them more accepting of your request.

It creates empathy and takes your boss’ mind off of numbers, budgets and more logistical excuses they may have otherwise thrown your way.

Limiting people’s choices is a well-known persuasion technique. Simply put, when making a proposition it’s very easy for someone’s mind to start creating a myriad of alternatives to said proposition.

Rather than letting their mind wander give them only two options: your proposition or something less desirable.

This technique is obvious, but it works if you don’t overdo it and actually bring something valuable to the table.