3 Tips to Increase Your Chances of Getting a Promotion 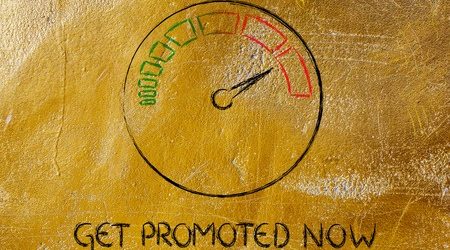 Promotions at an executive level present a couple of unique problems. First, the jobs are few and far between. This isn’t because of a bad economy, it’s just that the higher level the job the less positions for said job. Second, the competition is fierce.

That’s why it’s important to do what you can to make sure you don’t get turned down for a promotion. Use our tips below to better your chances of getting a promotion when you ask for it.

Mindfully manage other people’s expectations of you.

Sometimes you’re left on your own to set your own goals and expectations. This is especially true at the executive level when no one is holding your hand. Unfortunately, managing expectations is an integral yet often times overlooked aspect of the job.

For example, maybe you’re the person responsible for reporting on quarterly revenue numbers to a board. When you’re asked, “How much can we increase this quarter’s revenue?” it’s your responsibility to manage their expectations.

Perhaps you’re pretty sure you can increase revenue by 75 percent because you’ve done it before. There are two scenarios that can happen here:

So what happens if you only increase it by 60 percent? Or 70 percent? Or even the 75 percent mark? If you told the board your goal was 75 percent you either look like a failure or simply average because you met a goal but didn’t exceed it.

Meanwhile if you’d initially told them you’d increase it by 30 percent you’d be the hero, therefore increasing your chances of getting a yes when you ask for a promotion.

For another example on how managing other people’s expectations affects their view of you check out this video.

Use timing to your advantage.

One of the biggest reasons executives get turned down for a promotion is because the timing is all wrong. While there is no perfect time to ask for a promotion there are certainly some times that are better than others.

For example, if everyone is running like a chicken with their head cut off to meet a big deadline, it may not be a good time.

Be mindful of what’s going on in the company to time your promotion accordingly. For instance, a good time to ask for a promotion is if there’s a big expansion going on and you know the company is in dire need of someone with your skills to spearhead the project.

They’re in scarcity mode. Which means they don’t have enough people with your skill set and as a result would be more willing to appease your request.

Another good time would be during performance evaluations.

Don’t just do your job.

One of the biggest mistakes executives make is thinking they can just do what’s expected of them and still get a promotion. You may not realize it but this is actually a form of arrogance.

Consider actually leaving your desk for lunch to network or volunteering to lead new projects.