The Two Interviewing Formulas You Must Know 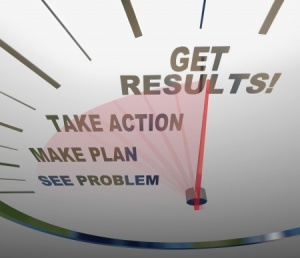 In the world of career development the terms “STAR” and “CAR” get thrown around a lot. You may have even heard these acronyms on your job hunt.

Some people use them interchangeably, which can lead to some confusion for candidates. We’re here to give you a breakdown of each acronym so give you a better understanding of them.

When to Use Them

Both methods can be used during behavioral interviews, meaning interviews that focus on how a candidate acted in certain employment situations.

The logic behind this comes down to a common recruiting phrase, “The past predicts the future.” In other words, how you’ve behaved in past jobs is very telling of how you’ll behave in the job you’re interviewing for.

In a traditional job interview employers ask straight forward questions with simple answers such as “Why don’t you tell me about yourself?” In behavioral interviews they are specifically looking for actions you’ve taken in the past, such as how you handled a problem at your old job. They may start the question by saying “Describe a situation when…”

The acronyms STAR and CAR help you prepare for this kind of interview by forcing you to come up with stories that illustrate your behavior. You can also use them to write resume bullets in order to avoid any vanilla or generic job descriptions.

First you need to determine the situation or task. With STAR you can use either or. A situation may be that you lost three employees and needed to come up with a solution. A task may be that you were given the responsibility of getting the company’s e-commerce site on a mobile friendly platform.

You then must detail the action you took and the result that followed.

Similar to STAR, CAR helps you focus on a challenge you once had while on the job. The only real difference is that STAR leaves some room for you to mention a situation that didn’t necessarily require immediate attention or was simply on your to-do list.

With CAR, on the other hand, the “Challenge” is almost always a situation where catastrophe was looming. Maybe products weren’t getting delivered to retail locations right before a big launch. Maybe you needed to install a new database system and your team members were all over the world with time and language barriers.

Once you get to the Action part of this equation you’ll want to relay if you used a new methodology, made adjustments or came up with some out-of-the-box solution to your problem.

And finally, you must tell them what resulted from you saving the day. Naturally you’ll want the results to be positive, and if you can use quantitative examples you’ll really get their attention.

Overall, there isn’t a huge difference between the two acronyms, which is why you probably hear the both of them so often. Which one you may depend on what you feel the employer wants to hear.