7 Steps to Take Now When Your Boss Might Be Fired 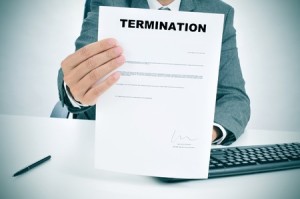 Your boss might be fired. That’s the rumor in the grapevine. Or there’s the confidential information credible source shared with you. Your department is now holding its breath. Your boss might wind up terminated.

How that actually plays out is irrelevant, right now. What counts is that in the period of uncertainty, there are 7 things you should be doing. Your objective has to be to protect your own job, reputation, emotional balance and future career, within or outside the company.

1) Accept the potential seriousness of the situation. It’s a fundamental of systems theory that one possible major change impacts all the other parts of the organization. If the boss is terminated, every aspect of your work life could also be affected. A simple example is the goodwill you have generated with that one superior. Overnight that could be wiped out. In addition there is what’s known as “guilt by association.” If the organization views the boss negatively, that perception could spill over to you. Yes, this is serious.

2) Don’t panic. Your future depends on how well you manage yourself during the uncertainty. To begin with, the boss is observing you. Things can shift quickly. There may be no firing. If you have been disrespectful, disloyal or evasive, that behavior could be held against you. Simultaneously the brass, colleagues and subordinates are assessing how well you function amidst chaos. That’s why “hiding” is not an option. Increase visibility. Come in early, stay late. In addition, leverage soft skills such as listening, having an upbeat mindset, asking others how you can help them succeed and smiling.

3) Be circumspect. This threat can send the majority of members of the organization, including the boss, frantically searching for information and insight. You could be all too tempted to join in. Don’t. Whatever you say can and will be held against you. For example, it could get back to the boss, who isn’t terminated, that you were critical of the handling of the product launch. Should the boss call you in to talk about what’s going on, listen. Use neutral phrases such as, “How can I be helpful” or “What can I do?” Don’t be bullied by those demanding you “be real” or “disclose” what you supposedly know.

4) Network throughout the company. Face it, your job also could end when your boss walks out the door or soon enough afterward. It’s common sense to reach out to those who could not only save your job but actually turn this turmoil into an opportunity for you. Begin in a low-key, friendly and helpful way. For example, explain to marketing your report on emerging competition from Eastern Europe could be useful. Ask if it would be helpful to them if you email it. The trick is to continue to follow up. Networking is about building relationships. In your next encounter, set a lunch date or working out together in the gym. Even if your boss survives, you should be developing the habit of reaching out beyond your department or organizational “silo.”

5) Gear up for a possible job search. If your boss is terminated, you may not be welcome or fit in with the new line of command in your department. The option which could make the most sense is to look for another job, both within and outside the company. That challenge can seem overwhelming if you haven’t conducted a search in several years. A hypercompetitive job market, technology and employer expectations keep changing everything from resume format to interviewing skills.

6) Review contracts and other written agreements you have with the company. Your employment or short-term source of income might be protected. For example, when you were hired you negotiated terms and conditions regarding causes for termination, severance and restrictions about going to work for a competitor for a specified period of time. If you have questions about those, consult with an outside lawyer, not the company’s General Counsel. Also, it’s smart to refrain from introducing any points of law until you run out of other negotiating options.

7) Don’t write the script for a happy ending. It’s natural to engage in magical thinking when encountering this kind of stress. In your head you might be writing the story line for the best possible scenario. For instance, the boss gets axed and the powers that be appoint you to the job. For a while they have been noticing your abilities. Unfortunately, that kind of projection will get in the way of making the best possible moves right now. In addition, you could become depressed if there isn’t a happy ending.

More than three decades ago, management visionary Peter Drucker noticed that the world of business was undergoing unprecedented change. Executives were thrown off their game. That in itself, Drucker observed, could be an advantage. Forced out their comfort zone they would have to try new things. Today in Silicon Valley, that’s called A/B testing.

The threat of the boss’ termination might be exactly the impetus you need to review your game plan, both in your particular position and in longer-term career planning. This kind of opportunity is a use it or lose it. You can leverage the upheaval as a transformative process for yourself. Or you can sit it out, passively.