Why the Uselessness of Job Interviews is Utter Nonsense 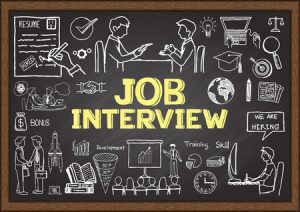 The article went on to say that data-driven interviews are more effective in determining which applicants will be successful at a company than human-led interviews.

The data is the data and the data doesn’t lie.

I had 14 people contact me and ask me what I thought about the article.

I don’t disagree with content of the article. I just think the headline is clickbait-y and untrue.

I file these types of articles with the “The Resume is Dead” posts, “Do Cover Letters Still Have a Purpose or Is It Extinct?” articles and the “Recruiters Don’t Use LinkedIn Anymore” blogs.

It’s not because the resume could never be dead – it could die someday.

It’s not because the cover letter might not have a purpose in the near future – it could become extinct.

And not because LinkedIn will never not be in demand by recruiters – recruiters might abandon LinkedIn at some point.

It’s the extreme nature of the phrase “utter uselessness” in the NY Times article. The writer believes it’s more useless than just plain ol’ uselessness – the kind of sensationalism that will send many job seekers into a panic.

This is the problem I have with the article, and these types of articles, even though I agree with aspects of the article content.

<Although some would say the article title inspired me to write about the article, so the title is working.>

The first “resume is dead” article I ever read was in 1999, when Monster Board came onto the hiring scene.

And the “LinkedIn isn’t being used by recruiters anymore” posts came on the scene about 5-6 years after the company’s inception.

My point is if you listened to all of these alarmist, extremist articles, you would have not had a resume since 1999 and how many jobs might you have missed out on since then?

Instead, digest the information and use it as another tactic or tool in your arsenal. Be flexible and ready to pivot.

The only EXTREME position I want you to take in your job search is companies will ALWAYS be recruiting in different ways. So be ready for all of these ways – especially the ways you haven’t prepared for yet.

There is no magic elixir or secret formula or new trend to immediately drop or adopt.

The modern job search is a myriad of all of these old school and new school tactics all transpiring at the same time.

You wouldn’t build a house with just a hammer, right? You would have a tool box.

So don’t just carry a hammer—carry a tool box.

Same with your job search. Don’t just depend on one tactic.

Our Get Hired Fast Package will prepare you for all your job search will throw at you so you will be ready and get hired fast: